Ivan Aivazovsky (1817-1900) was a Russian painter of Armenian origin (there's an entry for him in "Armeniapedia"). He was probably the greatest painter of seascapes in the history of art; he captures the sea in all of its many moods. His output was enormous - somewhere around 6000 works are attributed to him. Here is a detailed biography of Aivazovsky.

I'll be posting sets of Aivazovsky's work periodically. There is a lot of it. 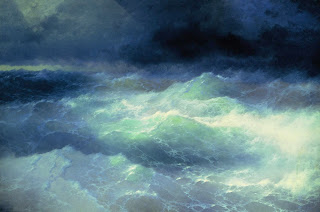 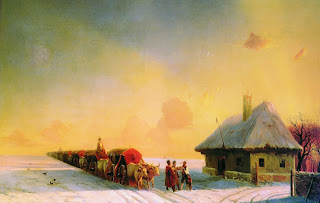 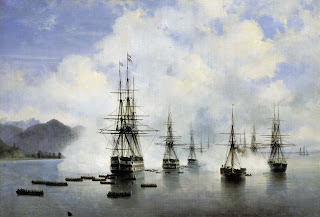 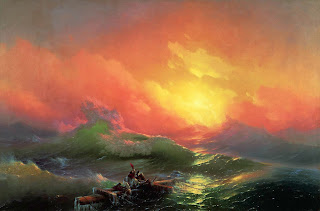 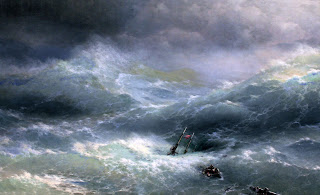 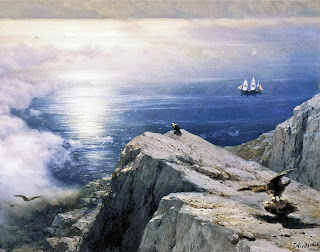 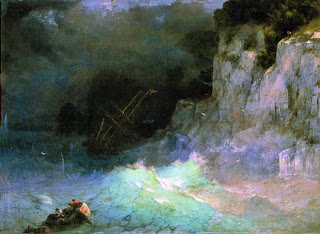 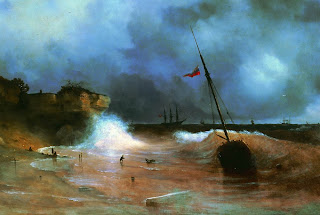 After a Storm at Sea 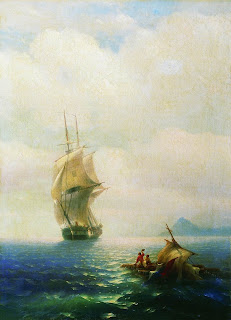 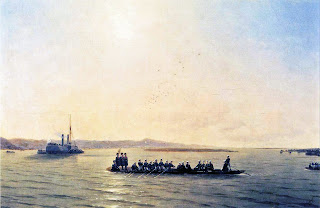