Nikolay Kasatkin (1859-1930) was a rare example of a Tsarist-era painter who successfully transitioned to the Soviet era. 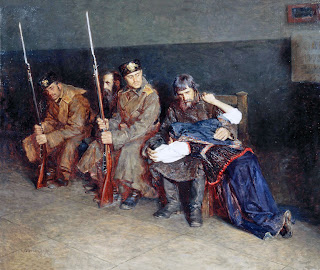 In the Anteroom of the District Court (1897) 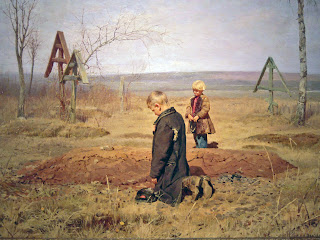 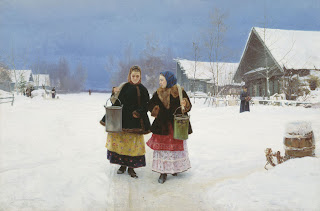 What follows is one of the most dramatic, emotional paintings I've ever seen. A soldier has come home from service to find his wife has had a child with another man. Incandescent with rage, he asks simply, "Who?" One gets from the wife an impression of shame, fear, but perhaps also resistance to answering the question. Obviously, paintings with infidelity as a theme have been done the world over, but the sheer rawness and emotional honesty of this painting could only (at least in the 19th century) be found in the Russian tradition. 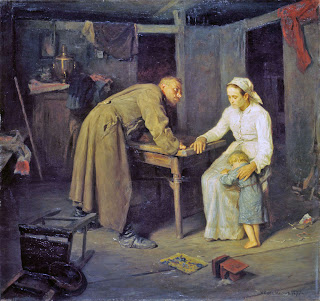 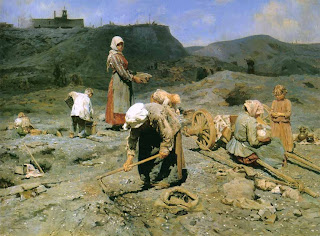 Poor People Collecting Coal in an Abandoned Pit (1894)
Posted by rfdarsie at 10:16 AM