Alexei Danilovich Kivshenko (1851-1895) was a Russian painter affiliated with the Peredvizhniki (the “Wanderers,” a progressive art movement). 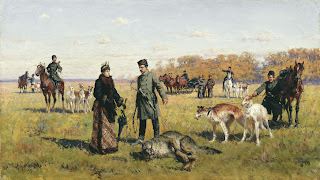 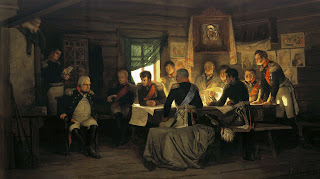 Regarding the above painting,

"On September 1, a military council took place in the house of a peasant named A. Frolov in the village of Fili. The problem was discussed whether to surrender Moscow without battle or to take battle to the enemy. The opinions of generals were divided; the majority declared their view for battle. Kutuzov, however, raised an objection. He thought that the loss of Moscow did not mean the loss of all Russia. He offered his plan about how to prepare the inevitable perish of the enemy by organizing the retreat of Russian troops along the Riazan road. The atmosphere of the council is reproduced on a copy of A. Kivshenko’s painting The Military Council in Fili on September 1 (13), 1812 displayed in the room. " Source: Mikhail Kutuzov and the War of 1812

Nizhny Novgorod Dragoons Pursuing the Turks on the Road to Kars during the Battle on October 3, 1877 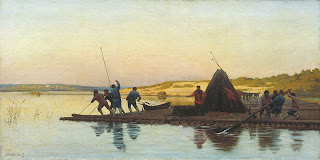 Raftsmen
Storming the Fortress of Ardahan May 5, 1877 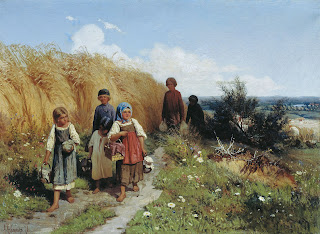